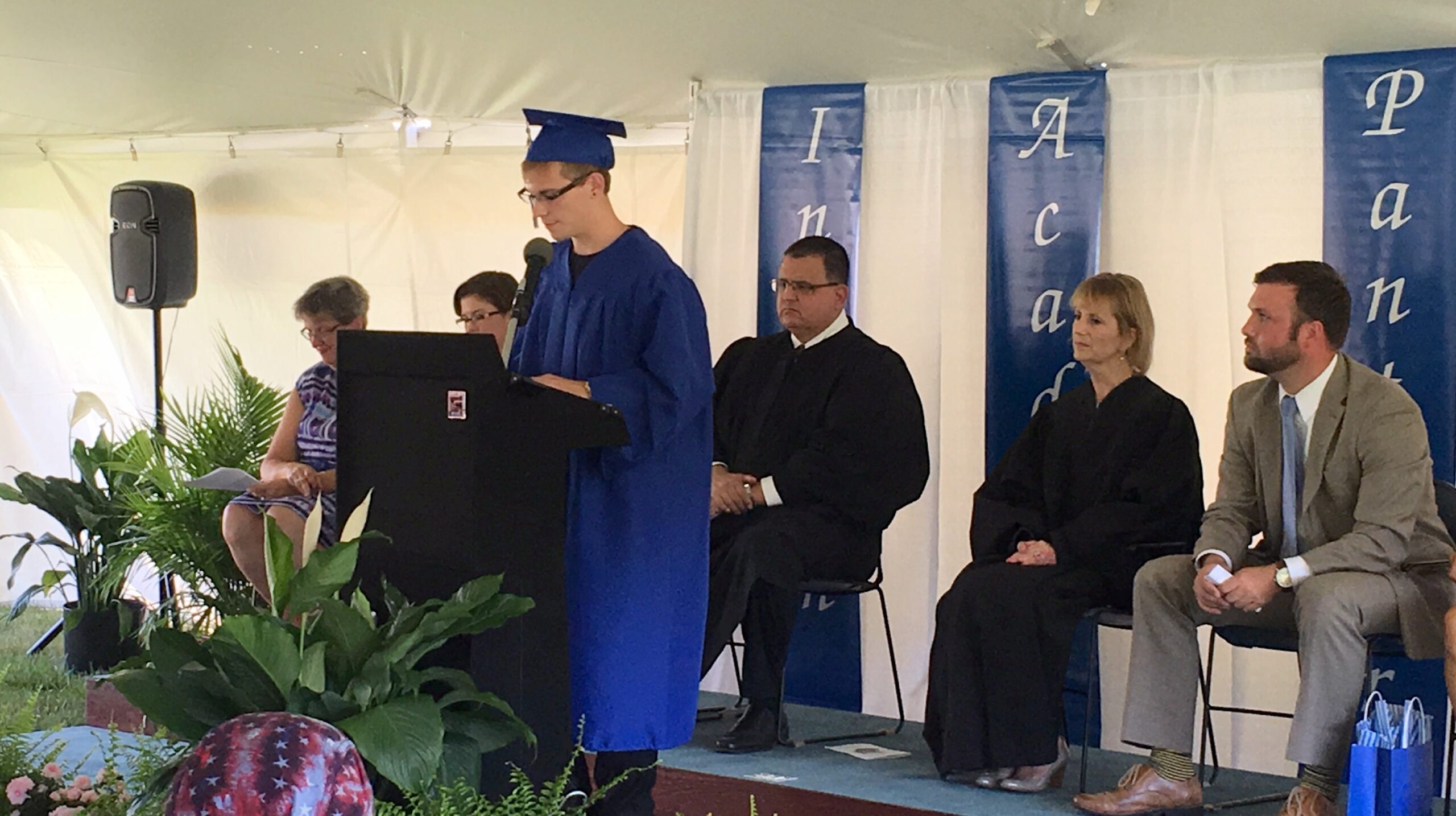 (Above) Dustin speaks to friends, family members and the community about his rewarding high school experience at Ingham Academy.

Written By Mark Emmert, Vice President of The Dart Bank and Chairperson of Highfields Board

On July 27th I had the pleasure of attending the 2016 Ingham Academy Graduation Celebration and watching several young men and women receive their high school diplomas. Big deal, right? Hundreds of kids have graduated from high schools in the Greater Lansing area in the last few months, but this graduation was different. These were young men and women that were headed down the wrong road and may very well have been incarcerated or in far worse condition at this early stage in their life if the Ingham County Courts, Ingham School District, Highfields and Peckham had not been able to team up to give them the opportunity of an education, counseling, life and work skills training, and as a result a better life.  These were young people that had always been told they were worthless and believed that they couldn’t do anything before coming to the program.

There is a saying that the value of something is only as much as the effort you put into it. Watching and listening to the graduates, their families, teachers, counselors, trainers, and Judge Janelle Lawless and Richard Garcia, it was obvious that these graduates had put a lot of effort into obtaining their diplomas. This graduation was more like a team coming from way behind to win the championship game. These young men and women were far from worthless. All they needed were kind people urging them forward and telling them that they can be successful if they’re willing to make the right choices and make the effort.

One of the graduates has already been accepted to four colleges, one completed four years of high school in three years with extra credits to boot, and all have gained job experience and worked part-time while attending the Academy.

I learned that this program has now graduated over 60 young men and women with an over 98% success rate.

Being a Banker and having a degree in economics I can’t help but think about the return on investment of spending some money on these young folks now and having nearly 60 educated, productive members of the community that without the Ingham Academy program may have ended up unemployed, on public assistance or in jail.

Wow, maybe this is something that those “Bleeding Heart Liberals” and “Money Grubbing Conservatives” can both get behind. Wouldn’t that be nice?

Thanks to everyone in Ingham County that voted for and will hopefully continue to vote for the Juvenile Justice millage that makes this program possible, to the Courts, School District, Highfields, Peckham, their employees and supporters for all of your efforts, and finally for the breeze that was blowing through the tent where the graduation ceremony was held on a hot July afternoon.