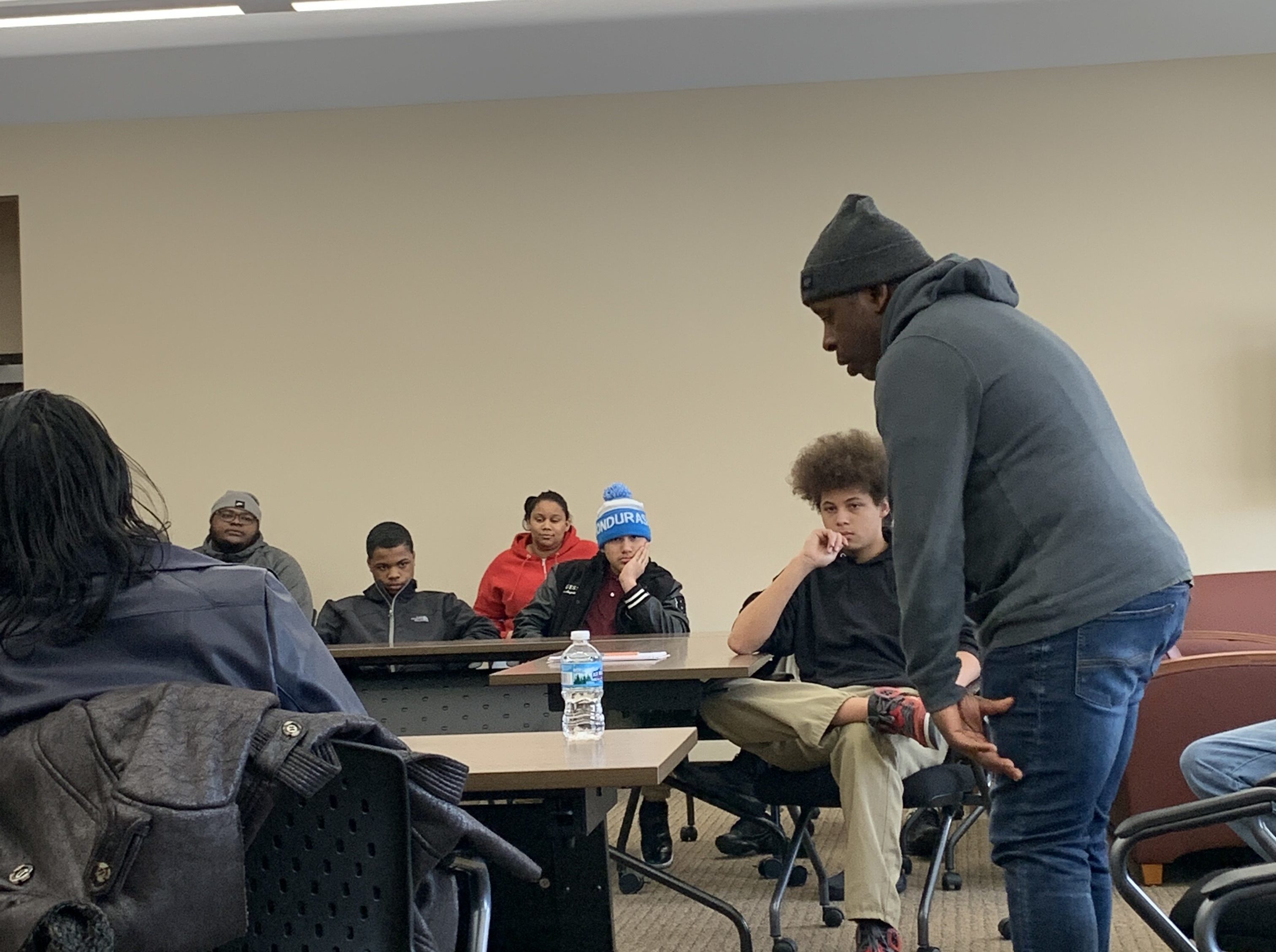 Residential students visited the Wharton Center to see the comedy show, Basic Training. The show was created and performed by Kahlil Ashanti, based on his experience in the U.S. Air Force. Afterwards, Ashanti requested to visit Highfields’ campus to share his story with students.

Though Ashanti is a successful actor and comedian, his journey to the top was filled with struggles students could relate to.

Ashanti grew up with a strict step-father who abused both him and his brother. He would make them stand “at attention” throughout the night. It was then that Ashanti had his first experience with comedy. He would do impressions to keep his brother from crying.

“When people think you’re nothing, you have no place to go but up,” said Ashanti.

His experiences reminded students that they aren’t alone. Their journey is unique, and though it has rough patches, it can be a survival guide for others in the future.

“People are looking for other people who have gone through similar experiences,” said Ashanti. “They want others to be brave for them and give them courage.”

Ashanti taught them about his creative process of creating characters for his show. Though they are characters, they are based off of real people in his life. With each new character he visualized them as an animal. He would imagine what that person would act like and sound like, giving them more depth rather than just playing a part.

“I learned how to share my struggles through acting, and showing that it’s not about my past, but what I make of the future,” said student Jesse.

Students shared their ideas on characters in their life. They were able to re-imagine their family, friends, coaches and peers, changing their perspective on their pasts, and envisioning positive futures.

“Kahlil reminded me that my story isn’t for everybody, because I’m unique,” said student Cameron*. “Not everybody has been through the challenges I have, but that makes me who I am.”