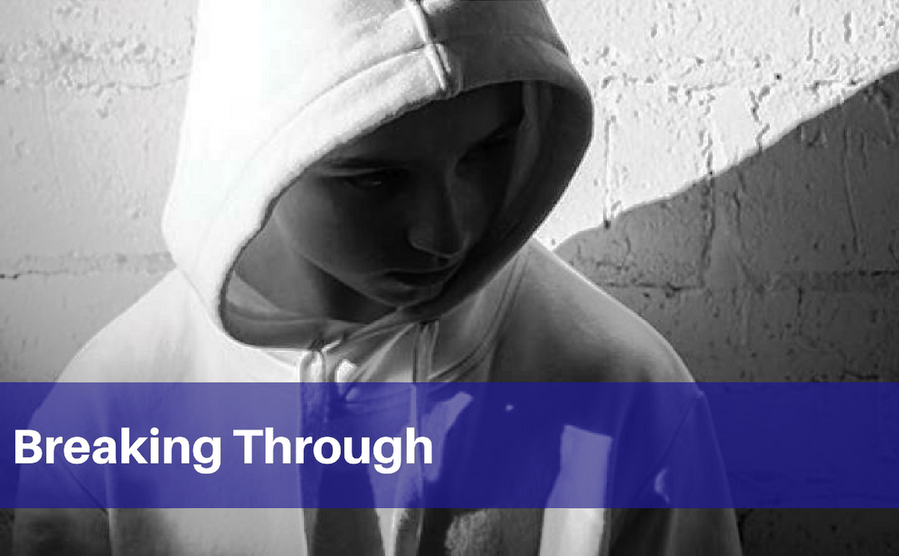 Eric found a support system to help him cope with his past.

Eric* was raised by his grandma since he was two-years-old. When he became a teenager, he started acting out. He frequently ran away from home and school and was charged for truancy, stealing, and violating probation.

“I didn’t want to open up to anybody about my problems,” said Eric. “ I just wanted to run away.”

After multiple charges, Eric was referred to Highfields’ Residential Treatment Program where the staff helped him understand his behavior. One of the main reasons he acted out was because he grew up without his parents and he struggled to find a sense of self-worth.

During daily group sessions, Eric began to realize that he wasn’t the only person who felt alone and abandoned.

“I could relate to a lot of the people in here,” said Eric. “Once I opened up about my past and had support from the staff, I realized I wanted to focus on making myself better.”

Eric began to take the steps to rebuild his relationship with his grandma. He calls home twice a week with his counselor, Tyler Jones, to check in. Tyler helps facilitate the conversation to make sure Eric is honest about his feelings.

Because Eric skipped so much school, he was only at a 9th grade level when he came to Highfields. Now, he has caught up with his classes and is in 11th grade. It’s one of his proudest accomplishments.

“It’s really important to my grandma that I finish school, said Eric. “I want to show her that I can do it because she’s done so much for me.”

Day by day, his relationship with his grandma is getting stronger, and he’s grateful for the staff at Highfields for helping him reflect on his past and move toward a brighter future.

*Name has been changed to protect confidentiality