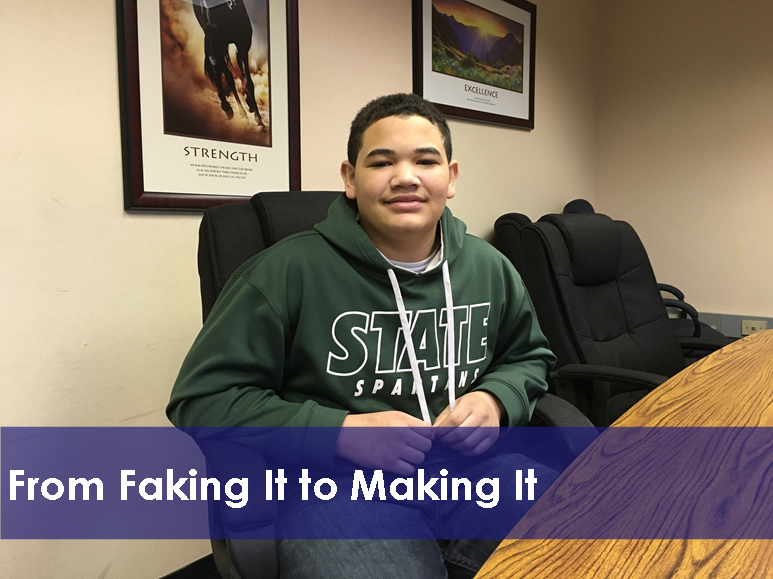 Highfields’ residential treatment program creates individualized treatment plans to address the students’ needs. Read about how Michael works through his treatment plan at Highfields in order to return home and achieve his dreams.

Michael has been transferred between multiple juvenile detention centers, and it has given him perspective on what works for him and what doesn’t.

“At juvenile homes, they don’t focus as much on treatment as they do at Highfields, and I think that’s one of the strengths of Highfields’ program,” said Michael.

Michael grew up in an unstable environment. His parents split up when he was five years old, and he was sent to live with his father in Kentucky. Growing up, his father treated him like a friend first and a father second.

“I went out whenever I wanted and stayed out late,” said Michael. “My dad would get mad, but I never got into any trouble.”

This lifestyle gave Michael the freedom to do whatever he wanted. He started getting into serious trouble by fighting, doing drugs, and bringing illegal objects to school. He was caught stealing from a local store and sent to a juvenile detention center. That’s when the cycle began.

After Michael was released from the juvenile detention center, he violated his probation, and was sent to another detention center. This cycle continued on until he was finally sent to Highfields. That is when his life changed.

“I would recommend Highfields to anyone because it’s more focused on treatment, and you have to make the changes in order to succeed,” said Michael.

When Michael first came to Highfields he was uncooperative. He thought he would just be sent to another detention center. He quickly realized that Highfields would not let him off the hook so easily.

“When I first got here, I just was faking it in order to leave,” said Michael, “but you really have to make the changes. ‘Faking it’ turned into me actually trying.”

One of Michael’s biggest struggles is his anger. He used to fight a lot at Highfields in the beginning, but has learned how to manage his anger in a healthier way. He writes in his journal and practices the skills he has learned in order to avoid conflict with others. He stays motivated to avoid his past mistakes by focusing his attention on his job in the kitchen on campus.

“Working in the kitchen has been a great experience for me,” said Michael. “It gives me motivation to not get into trouble because I know I won’t be able to work if I mess up.”

Working in the kitchen has helped Michael learn important job and social skills that he can use for the rest of life. In the future, Michael wants to go to college and become a nurse.  He hopes to fulfill his dreams by getting help through grants and scholarships.

“I’m trying to take advantage of everything I can while I’m here so when I go back into the community I can use the skills I learned in my daily life,” said Michael.

Thanks to you, Michael is learning how to control his anger and create a new vision for his future.