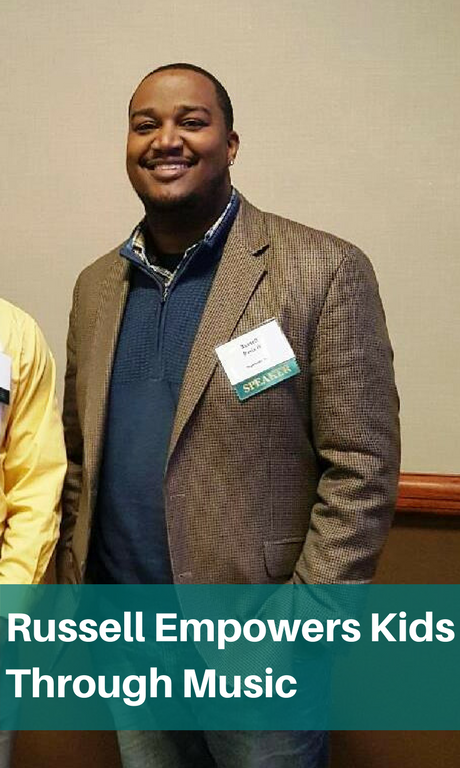 “Any form of music can be used as therapy,” – Russell

Russell Davis grew up in a musical household. He remembers first getting into music in the fourth grade when he got a journal and started writing down song lyrics for fun.

Now Russell is an accomplished songwriter and producer. He has produced for various artists including a Grammy-nominated R&B artist. He uses his knowledge at Highfields to help students open up about their problems.

“Any form of music can be used as therapy,” said Russell. “A lot of students are angry and they don’t know how to release that anger in an appropriate way.”

Thanks to a grant from the James and Kimberly Currie Foundation, Highfields has a new music studio on campus. Russell took over responsibility for the music program because it blends his two passions: music and working with kids.

One activity he always starts with is called “The Life Story.” He has the students write down their life story in their own words, and describe their childhood, past mistakes, and decisions they made.

“It sets the tone for treatments because it helps students address their past instead of suppress it,” said Russell.

Russell helps the students turn their “Life Story” into song lyrics. After the students write and practice their verses for a few weeks, they are able to record them using their new equipment. Russell is amazed at the transformations he sees among the students.

“I worked with a student who already struggled with reading and writing,” he said.  “But by the end he surprised us all by going into detail about the problems in his past. I thought to myself, ‘Wow, this is working!’”

Russell Davis IV supervises Highfields’ music program in Onondaga. He presented “The Therapeutic Value of Hip Hop” at the Michigan Federation for Children and Families Residential Treatment Conference on February 27, 2017.

Listen to an original song created by Highfields' students: