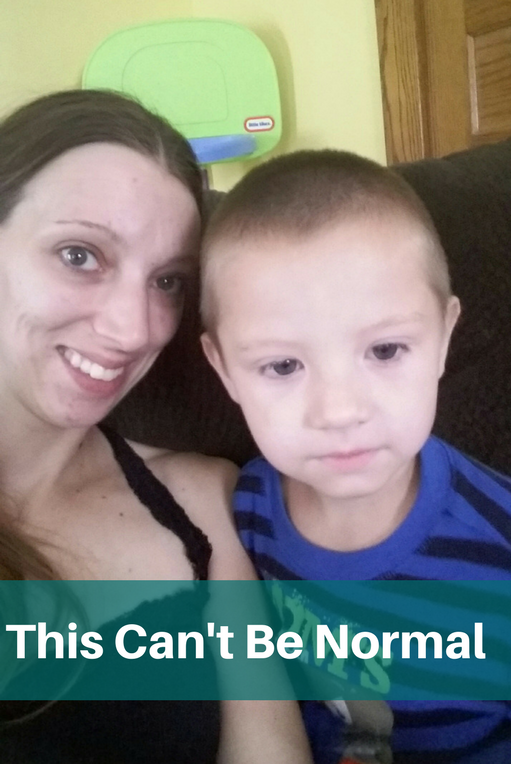 Every parent has to go through the terrible toddler stage while raising their child, but Amanda and Chris knew something was different about their 3-year-old son, Christopher. Thanks to your support, they are working with Highfields and learning how to address his needs.

Highfields’ therapists work with children of all ages – even infants and toddlers. So Amanda and Chris were relieved to find support for their 3-year-old son, Christopher.

Christopher’s behavior wasn’t normal. He hit his sisters, abused their family pet, and had tantrums that escalated into out-of-control rages. Amanda and Chris stopped taking him out in public because they couldn’t handle his destructive behavior.

“We were frustrated because we couldn’t understand what he needed,” said Amanda. “We couldn’t calm him down no matter how hard we tried.”

Highfields’ therapist Amy Swartz came over to observe Christopher’s behavior once a week for an hour and a half. She played with him and watched how he would interact with people he didn’t know. When Christopher threw a fit, Amy would also observe Amanda’s parenting skills and gave her tips on how to approach him.

“The tips Amy gave were so helpful,” said Amanda. “She pointed out certain things that I had never thought of before – like sitting with him during time out instead of getting up to finish other chores.”

“Speech therapy has helped Christopher with his sounds,” said Amanda. “He’d always point and cry for everything and I didn’t understand him. Now that we’re doing speech therapy, it’s helped a lot.”

Amanda and Chris are optimistic about Christopher’s progress. They are more confident about him attending school and being able to communicate with his teacher and his peers.

“I’ve seen a big improvement in Christopher thanks to the therapy and the tips Amy gave us,” said Amanda. “We can take him out in public and not have to worry anymore.”