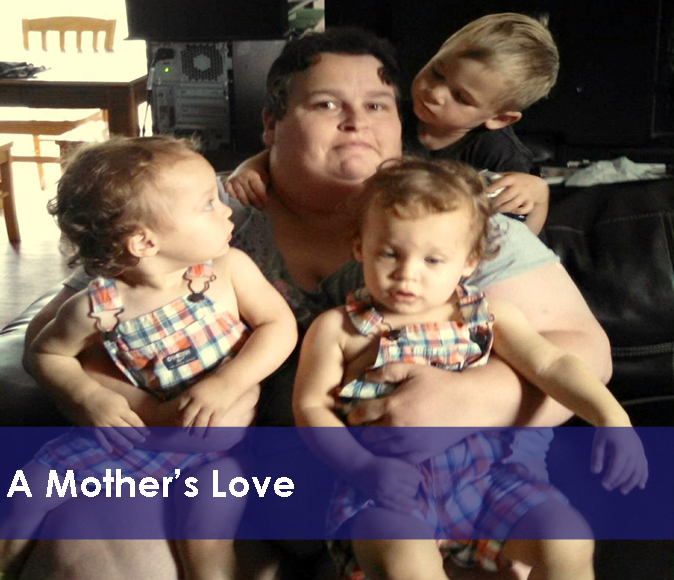 At age 37, Robin wasn’t sure if she was cut out for motherhood. Pregnant and worried, she decided that her unborn baby would have his best chance at life through an open adoption. She began talking to her next door neighbors who wanted a family but couldn’t have kids.

When she took her baby to see them for the first time, the way his would-be adoptive parents cared for him scared Robin. They were rough and did not know how to comfort him. She decided that this home was not the home she wanted her son to grow up in. So, she changed her mind.

Even though Robin knew she made the best decision for Nate’s wellbeing, there were still obstacles in the way. Robin didn’t have a permanent home and soon, they were living at Jackson Interfaith Shelter. That was around the time she met Lara.

Lara is a counselor at Highfields, specializing in families with children under three. She knew the obstacles that Robin faced with living at the shelter. Life at a shelter is hard for a baby. His sleeping and feeding schedules were hard to maintain with the rules the shelter put in place. So, that’s where Lara started – making sure Nate stayed on a consistent schedule.

"Lara helped me be a better parent,” Robin said. “She gave me some good learning experience and I still use that to this day.”

Lara also helped Robin form a support system around her. When Nate was one, Robin had twin boys and needed support more than ever. She began going to church and to bible study. There, she found some women she made a connection with.

When Child Protective Services became concerned with Robin and Nate’s living situation, these women were there for her. One agreed to be Nate’s primary care giver and another agreed to take in Robin’s twins. Lara helped Robin with the transition.

Brenda said that she was wary of Highfields at first, but soon realized they had Robin and Nate’s best interest in mind; that all Lara wanted was to make sure that Nate was safe and Robin was happy.

"When a lot of other agencies would have been content to break this family up, I was impressed to see Highfields’ goal was to keep this family together, even if it’s not in a traditional way,” Brenda said.

Robin says she is happy with her role as a mother now. She says that if she hadn’t met Lara, CPS might have removed her children from her home. Now, she is able to play a big role in their upbringing. Her children come over and she cares for them as their mother when she can. And her support system is always there when she needs them.