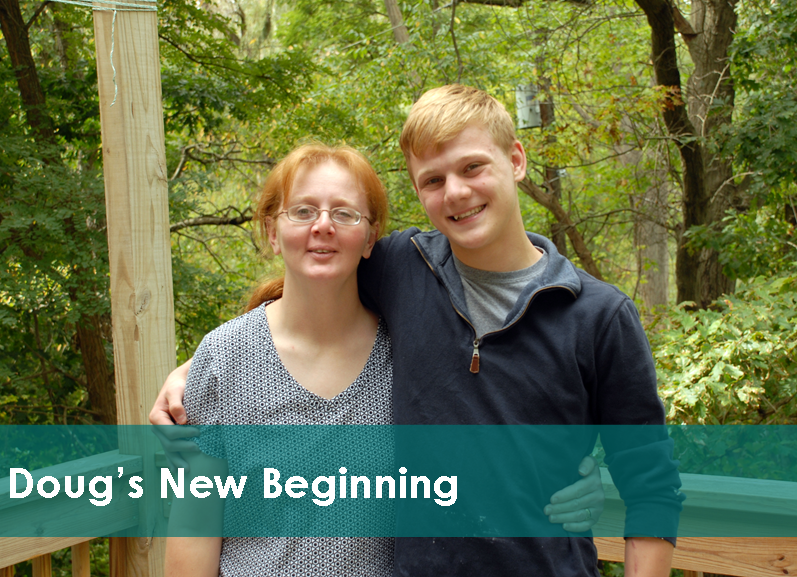 Seventeen year old Doug Johnson has a big personality and loves being the center of attention. As the middle child of eight brothers and sisters, it's no surprise he wants to stand out. Unfortunately, Doug started seeking attention the wrong way.

MST is an evidence-based program which communicates with the many systems in a child's life, such as peers, parents, teachers, religious leaders, and neighbors. MST works with those systems to help the child begin to make better decisions.

Doug transferred to the alternative school and was making progress. However, more serious issues of stealing and self-harm were soon uncovered. Doug was sent to detention at Genesee Valley Regional Center as a safety measure.

During that time, Mary continued to work with Doug's parents. According to Mary, the Johnsons benefitted from MST.

"The family was feeling lost. MST gave them the tools to cope and stay safe," she said.

Mary worked with the family to develop a safety plan for Doug's return home. She helped make the home safe, taught Doug's siblings coping skills and prepared Doug's parents to de-escalate any behaviors that could occur.

Doug's mom, Julie, worked hard to keep her family together.

"Our kids are our life. Family is our life. We'll do whatever it takes," she said.

When Doug returned home, his parents were able to utilize the skills Mary and MST taught them. His transition back home was successful.

"I came in and gave them the tool kit," said Mary, "but it was up to them whether or not to use it…and they did."

Doug continued to work with Mary on his behavior and was able to successfully finish his school year.

"I had a lot of time to think about how stupid everything was. Now I'm so glad it all came out," said Doug.

Doug says that if it wasn't for Highfields, he would be in prison. He credits MST and Highfields for helping him turn his life around.

"Even if you think MST is not working for the kids that are on probation, it is helping. It does work," said Doug.

Now Doug is optimistic about the future. His favorite activity is participating in Mixed Martial Arts classes through the court system. He produced a short video to show the courts how much of a positive impact the class has had on his life. He hopes the video will encourage continued funding for the program.

Doug is also on track to graduate early from high school. He is focused on his dream of attending college to become a surgeon.

"I just want to help others," he said.

Click here to watch the video Doug made to promote the MMA class provided through the court system.