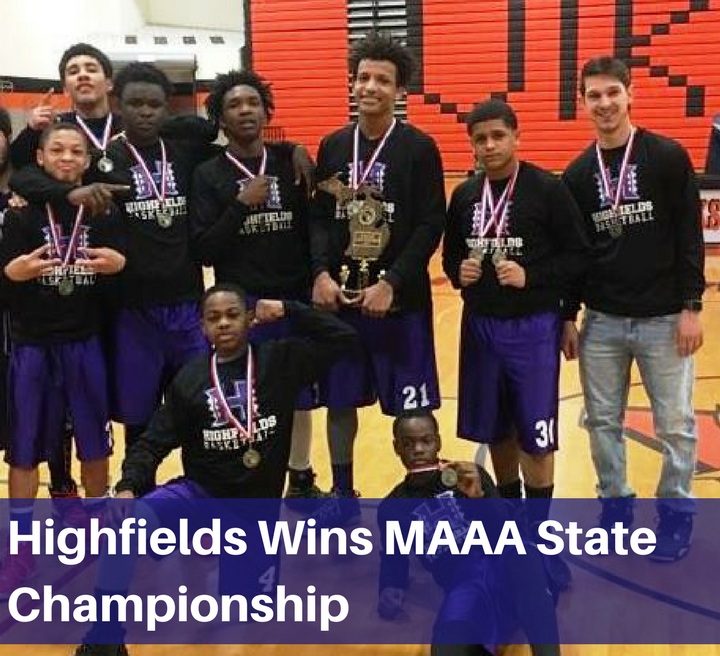 “How do you want to be remembered?” – Head Coach, Matt Rau

For the first time in over a decade, Highfields’ basketball team brought home a State Championship from the Michigan Alternative Athletic Association.

It was a historic day that almost didn’t happen. Up until the day before, Highfields wasn’t guaranteed to play in the tournament. When the students heard the good news, they were excited, but nervous. They were almost as nervous as their Head Coach, Residential Counselor, Matt Rau.

“We played a lot of good teams this year, but this was the hardest schedule we have faced since I started coaching,” Matt said.

Highfields played against alternative schools T.A. Wilson and Jonesville Pathways before competing against Lighthouse Academy in the finals.

The students played their hearts out, but an unexpected injury almost cost them the game when student Lonnie broke his leg during the finals. Fortunately, the team came together even more after that moment.

“We had times this year when the kids would argue and bicker, but when they saw Lonnie go down, they were super supportive, and concerned about his well-being,” said Matt.

The final game was close, but student Marcus shot a buzzer-beater to win the game! The whole team ran up to him, and they hugged and celebrated as a team.

“It’s not very often that we get to feel like champions,” said Marcus. “Even though we were the underdogs of the tournament, we came together to win.”

“I often ask them, ‘how do you want to be remembered?’” said Matt. “This was an opportunity for them to be known in their communities for something other than being in detention or placement,” said Matt. “It is something they can be really proud of, and those who support them can be proud of.”