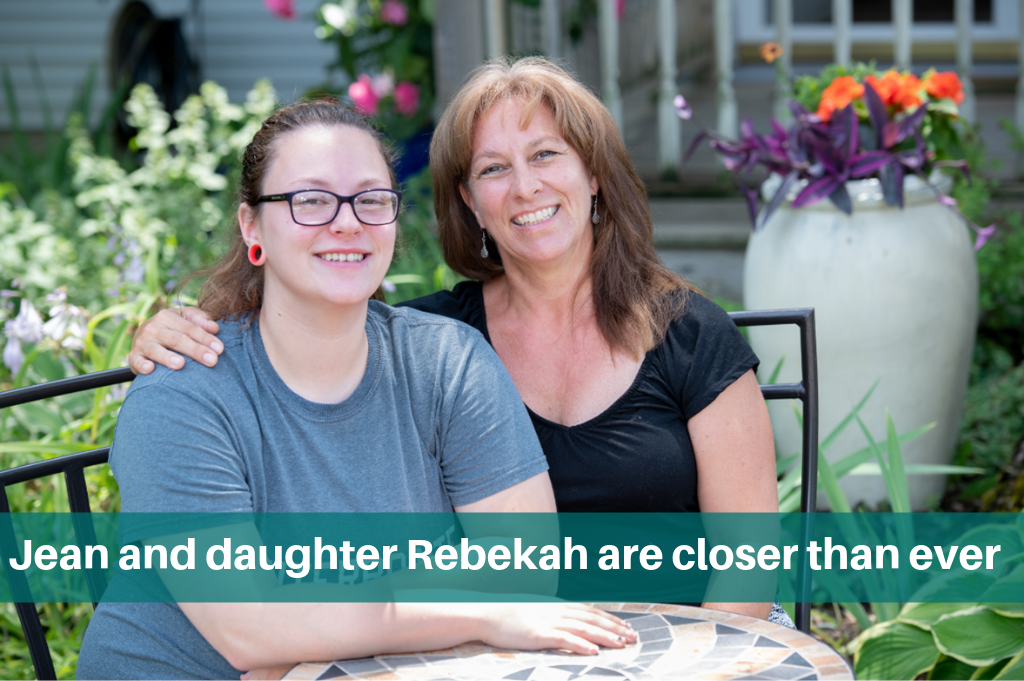 “Rebekah started going through a very difficult time when she was a teenager five years ago. Her father and I had divorced. I was working and not home as much with the kids. Her grandmother had passed away, and her older sister married and moved out.

The combination of events took its toll on her, and she started acting out in ways that were opposite of her true character. We ended up going through the juvenile court system because of some of these actions.

Through the court system, we were referred to the Highfields Multisystemic Therapy (MST) Program. The program just resonated with me because it was so encompassing. The counseling involved our friends, family, and school, and Rebekah and I could work together.

The program is pretty intense and time-consuming…but then so is raising children! Our children are worth every effort we have to fight for them.

Rebekah no longer exhibits that hard exterior she hid behind as a teenager. She resembles the character she was born with. She is kind, loving, and always thinking of others.”