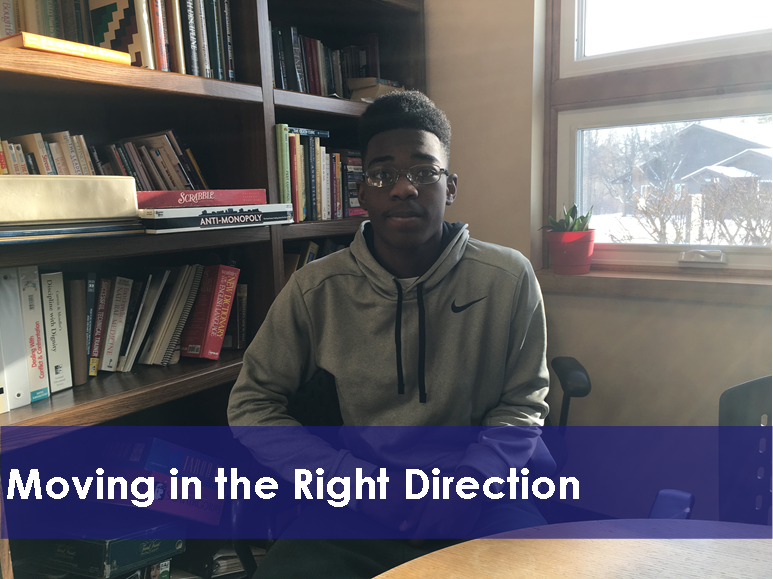 K’lub has been on the move for most of his life. He was placed into foster care when he was 10 years old because his mother lost her rights due to a drug addiction. K’lub moved in and out of more foster homes than he can count. He was angry, scared and alone, until he found his way to Highfields.

“Highfields is like a family to me,” said K’lub. “If I didn’t have Highfields, I’d be all alone…I don’t know where I would be.”

K’lub thinks back to his time as a foster child. He describes himself as a “troublemaker” who was defiant towards his foster parents, refused to listen to authority, and got into multiple fights at school.

“I was acting up in foster care because I didn’t want to be there,” said K’lub. “People were trying to play the role of my mom and dad and I didn’t like that.”

At first, K’lub moved around foster care with two of his sisters, but eventually they were split up and K’lub was all alone. He rebelled more than ever and started getting into serious trouble at school.

“I’d get into fights at school and get suspended,” he said.  “After my suspension was over, I’d go back and I’d keep acting up. Eventually, I got expelled from school. They kept moving me around in the school system and it was frustrating.”

K’lub first heard about Highfields while in foster care. He didn’t have a criminal charge, but was too defiant and angry to maintain in foster care. At age 11, K’lub was sent to Highfields’ residential treatment program for the first time.

K’lub stayed at Highfields for 10 months, and then was released to another foster home with the hope of a stable living environment. However, the home was still not the right fit for K’lub. He got into a fight with his foster parents, and was sent back to Highfields for a second time.

“My second time here at Highfields was better,” said K’lub. “I started paying attention to the staff and stopped causing trouble.”

K’lub began to understand that Highfields was the best option in his life. He started opening up more to the staff and began to show respect. Because of this, the staff was able to help K’lub in more ways than he could ever imagine.

Highfields has helped K’lub get enrolled in Leslie School District. He currently takes the bus from Highfields and attends school – just like a regular kid. He also plays football and basketball on the school team. K’lub is thrilled to be given this opportunity.

“Highfields has been great! They’ve been teaching me a lot about how to integrate within the community,” said K’lub.

Going to middle school is a dream for K’lub. He understands how great of an opportunity it is, and is putting his best foot forward.

“I like going to school at Leslie!” he said. “I have a lot of friends, I fit in well, and I’m treated fairly by all the teachers. I’ve been getting help with my homework and my grades are stable.  I’m a likeable kid there!”

K’lub is happiest when he is participating in the community like a regular kid. He is passionate about basketball and has dreams of playing in the NBA.

“Highfields taught me that I can always do better,” he said. “If I put my mind to anything I can do it.”

Your support of Highfields provides the resources for kids like K’lub to re-integrate into the community. Thanks to you, he is moving toward a bright future.