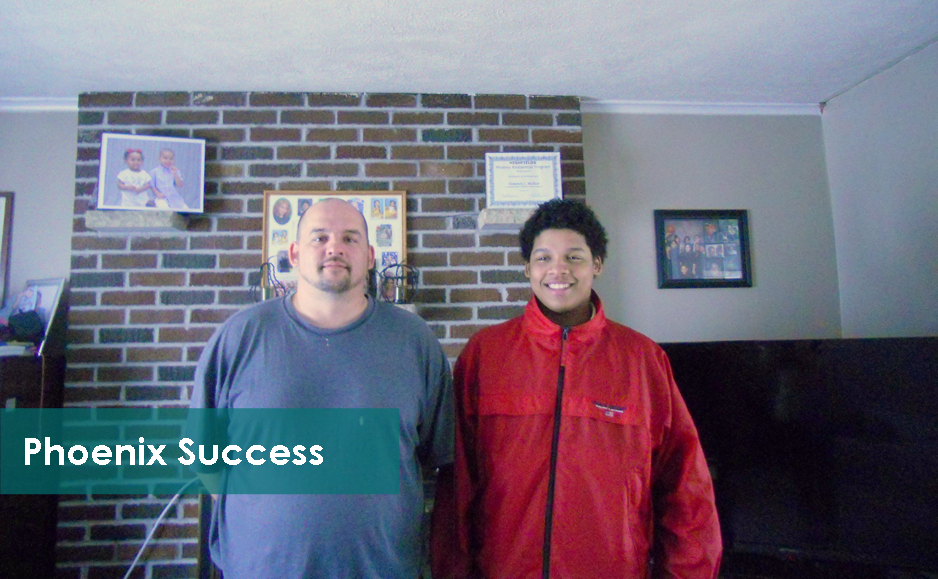 When Dominick got into trouble, his father, Dennis was worried. He didn’t want his son to be far away from his family; two of Dennis’s other children had been placed at Boys Town in Nebraska – too far for him to visit. So when Dominick was placed at Highfields, he knew things would be different.

“I visited him every week,” said Dennis. “I even got to visit him on his birthday.”

Both Dominick and Dennis could see that the counselors at Highfields’ Residential Treatment Program had Dominick’s best interest in mind.

“I really liked the one-on-one sessions,” said Dominick. “You can talk to them about personal problems, not just why you’re there.”

One of Dominick’s counselors, Chris Jurasek, said that Dominick progressed really well during his six months at Highfields.

“He was one of the more dependable students,” Chris said. “Staff could always count on him when things needed to get done. He was a leader for most of his time here.”

While he had a difficult transition at the beginning of his stay at Highfields, his mindset quickly changed.

“In the beginning, his main issue was he would feed into negativity,” Chris said. “But then he came a realization that that’s not what he wanted to do.”

Dominick began to trust his counselors and developed good relationships with them. Chris said that when a student can do this, he is likely to succeed. Dominick worked with counselors to learn how to approach difficult situations more effectively.

“They gave me a different way of thinking when a situation occurs,” he said.

Dennis has seen a difference in Dominick’s behavior and attitude, too. He said Dominick helps out around the house and with caring for his niece and nephew, who moved in with them before Dominick was placed at Highfields.

“He shows some of the skills he’s learned out there,” Dennis said. “He shows coping skills. Incidents have happened and he’s walked away and not fed into them. And he talks a little bit more than he did before.”

Now that Dominick has graduated from the Phoenix program at Highfields, he is back living with his dad. He said that Highfields has made a positive difference in his life.

“It made me change,” he said. “Some of the stuff I used to do, it doesn’t even come to mind anymore. The things the staff used to tell me, it really helped me out.”