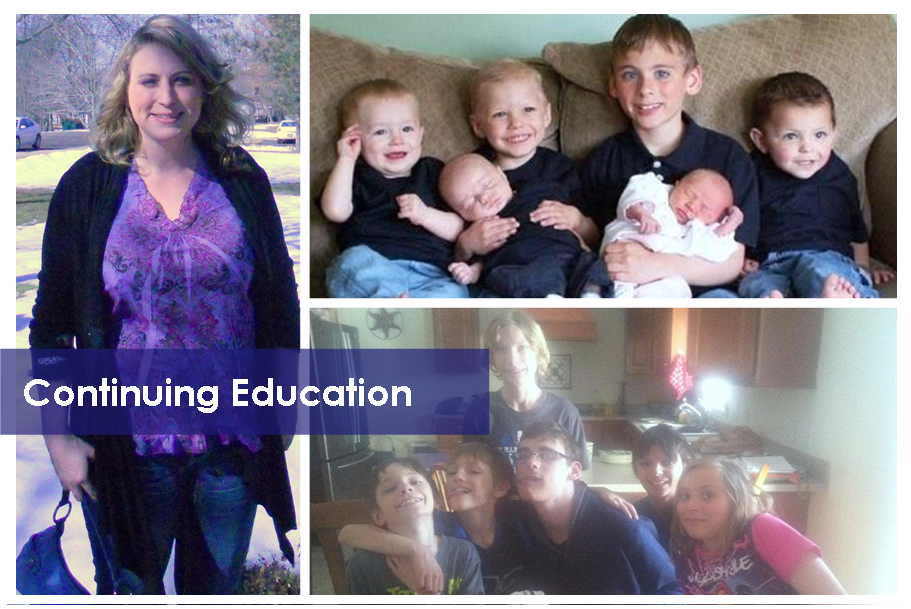 Shelley has always wanted to work with kids and give them a better life. She adopted four of her six children, has been a foster parent and is currently a family support worker at Community Mental Health. But three years ago, she knew she needed help.
She was going through a divorce and it was taking a toll on her children. She went to LifeWays and explained some of the problems she was having. They referred her to Highfields where she began receiving Home-based services.
"I had to learn to parent my kids in a different way because the family dynamics had changed," she said. "Home-based also helped my kids because they felt they had someone to talk to."

Shelley's therapist Christine came to her home and worked with her children to help identify their emotions and put those feelings into words.
"Highfields was able to help give me the support I needed to make changes in the family," she said. "It helped give me an objective viewpoint on things I needed to change.
Now that her family is in a better place, she has decided to dedicate herself to providing a better life to children in a different way; she is working toward her master's degree in counseling. She hopes to work with at-risk youth.
"I want to be able to have a job that I will be able to use the skills I've learned over the years as a foster, adoptive and biological mom," she said. "I also want to have a more direct impact on families than at my current position."
Shelley's kids have been supportive of her continuing her education.
"I feel proud of her," Christopher said. "She's trying to achieve a higher level of education and trying to go for a job that she'll truly love and enjoy."
Christopher also received an Aldinger Scholarship this year. He plans to pursue psychology when he goes to college in the fall. He says his mother inspired him to pursue higher education.
Anyone who has received services through Highfields or has a family member who has received services is eligible to apply. The scholarhips will help Shelley and Christopher offset the cost of their education.

Though it's hard to raise six kids, work and pursue her degree, Shelley is excited for what her future holds. She knows that continuing her education is the right move for her and she knows that she is setting a good example for her children.
"I think it's teaching them to take their education more seriously and teaching them that education is not something that ends," she said. "It also works to my benefit because if they don't want to do their homework, I remind them that I don't want to do my homework either."