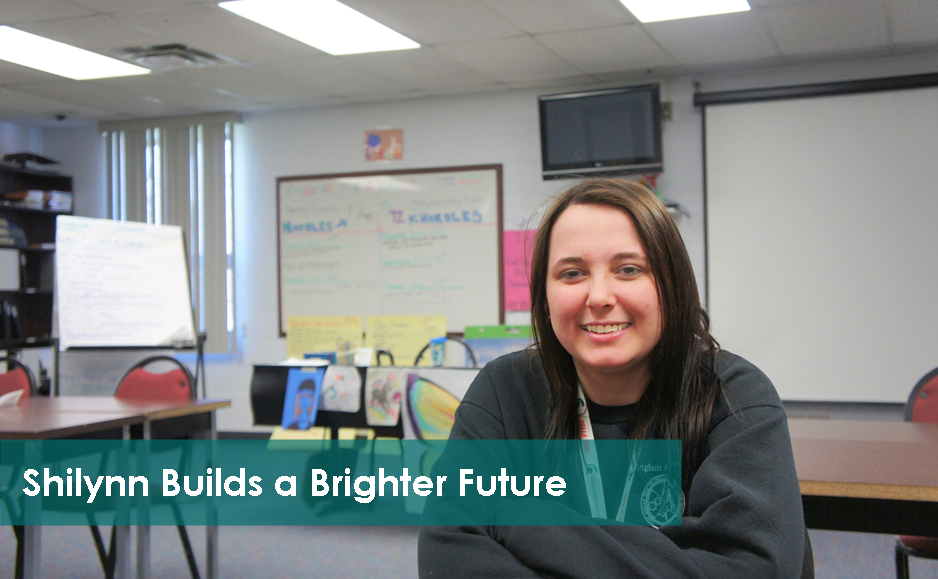 Shilynn is a good student. She gets all As and Bs, holds two jobs and her smile doubles in size when she thinks about her future. But a year ago, things were much different.

When Shilynn began high school, she stopped going to class. She skipped school so much that by the end of 10th grade, she found herself expelled and on probation.

When she transferred to Ingham Academy, she really didn't want to go because she didn’t want to leave her friends. But soon, she began to see how Ingham Academy could help her improve her future.

“At my old school, I couldn’t learn the way they taught,” she said. “I would ask them to slow down and they didn’t and they just gave up on you. Here, they slow down for you and help you out.”

Her teachers at Ingham Academy have noticed a change in Shilynn since she started, too.

“Over the course of the year, she has improved her coping skills and has been able to hold down two jobs on top of being successful in school,” said Stephen Swart, one of Highfields’ behavior treatment specialists at Ingham Academy. “She participated in Anger Control and Social Skills groups and has developed the tools to be successful.”

Now Shilynn gets the attention she needs in order to succeed in school. She says Ingham Academy turned out to be the best thing for her.

“I know I would be in a lot worse of a situation if it weren’t for Ingham Academy,” she said. “Before coming here, I didn’t really care. I didn’t look at my future and I wasn’t focused. Here, I had to focus. Without Ingham Academy, I wouldn’t [have a job] and I would not have as good of grades as I have now.”