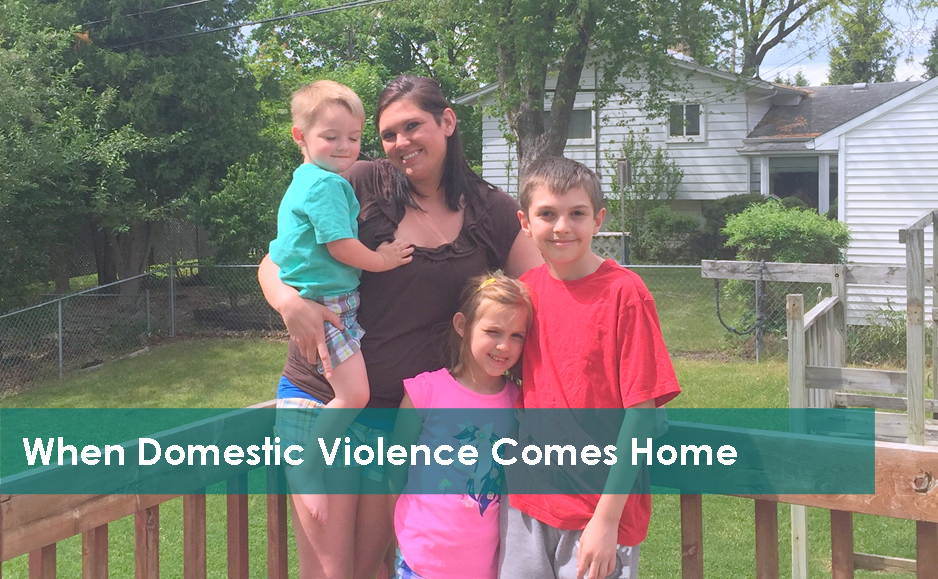 Alissa had seen first-hand the effects violence and emotional disturbance can have on children and families. She worked at Catherine Cobb Domestic Violence Shelter for five years. But when it began to happen in her own family, she was facing a familiar situation from an unfamiliar position.

Alissa had just moved into a new house with her young family and fiancé. They were happy – but her 10-year-old son, Jordan, wasn’t. His father was in prison and the new house and family didn’t sit well with him.

“I wasn’t going to school,” Jordan said. “I was fighting with my mom and sister. I was yelling and breaking things.”

He went to counseling, spent a weekend at an out-of-home placement and was put on Prozac. But his violence continued to escalate. One day, Jordan held a knife to himself – and then to Alissa. Alissa went to Community Mental Health and was referred to Highfields' Family Preservation Program.

By this point, Alissa thought they had tried everything. Another counselor didn’t sound like the answer. But when Gayla came to her home for the first time, she saw that things would be different.

“She’s so good and personable,” Alissa said. “She came right in and the kids warmed up to her really quickly. She would get on the floor and play games with them.”

Gayla worked with Alissa’s whole family. Jordan began to open up and talk about his feelings. Jordan’s father was never a constant presence in his life. And when he was a part of it, he had a tendency to become verbally abusive.

“She taught him coping skills and how to release anger in a positive way rather than a negative one,” she said. “She also taught him the correct words to use to express emotions.”

Alissa says the change didn’t happen right away – it was a process and some days were better than others. During one session, Jordan hit Alissa in front of Gayla. The police came to the house and talked to Jordan. Other times, he would refuse to interact with Gayla.

“She didn’t give up on him,” Alissa said. “She would work with me and [Jordan’s sister] Allison and by the end of the session, he did come around and participate.”

Gayla also worked with Alissa and her fiancé, Seth, on parenting skills. Alissa said they learned how to help a child who is emotionally impaired, like Jordan was. Now, their relationships have improved and Jordan gets along with his soon-to-be stepdad and his younger sister and brother.

“I thought video games helped me get my anger away,” Jordan said. “But now I know that playing with my family makes me happy.”

Gayla worked with the family for one year. Now Gayla can see that they have developed the skills and capability to continue to improve their family dynamic.

“For our last session, we went to Jordan’s baseball game and went out for ice cream,” Alissa said. “Jordan said to me, ‘I’m going to miss her so much.’”