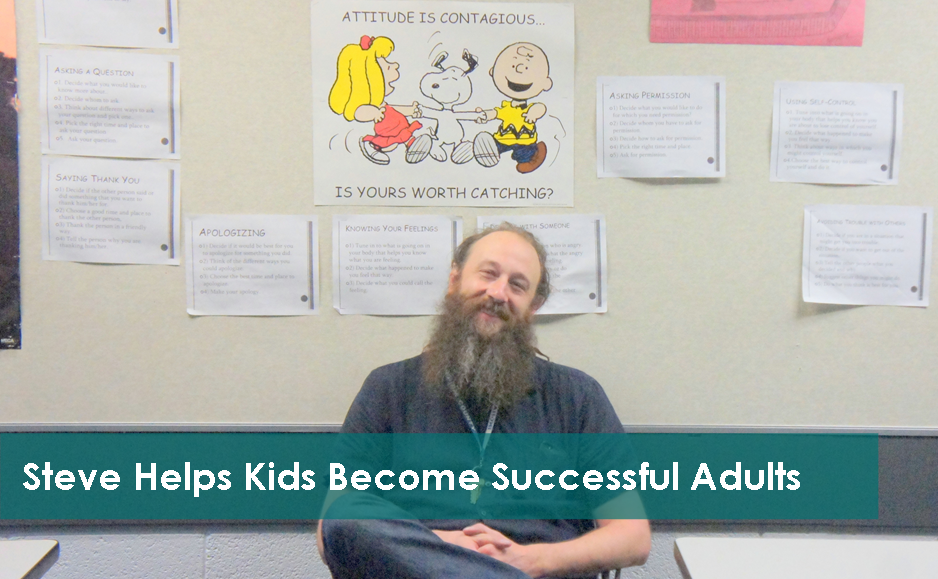 When a friend suggested that Steve Swart disc jockey a talent show at Highfields, he wasn’t sure it was something he wanted to do. He had never worked with kids before. But, just for fun, he did it anyway — and he loved it.

Swart said seeing all the positive work done at Highfields to support kids changed him. Within a year, he applied for a job with the organization and now has been with Highfields for 10 years and with Ingham Academy for the past five.

“It’s a great place to work,” he said. “It’s a stressful job but I can’t imagine a more fulfilling job.”

Steve is a behavior treatment specialist at Ingham Academy. He works with kids on improving their social skills and works to train other Highfields staff in Aggression Replacement Training (ART). ART focuses on improving anger management and social skills.

Steve said with help from the courts, the community, and voters, programs that are proven to help kids also decrease crime and continue to improve the community.

To him, Ingham Academy is a place for growth. It’s a place where kids who may have been forgotten are now nurtured.