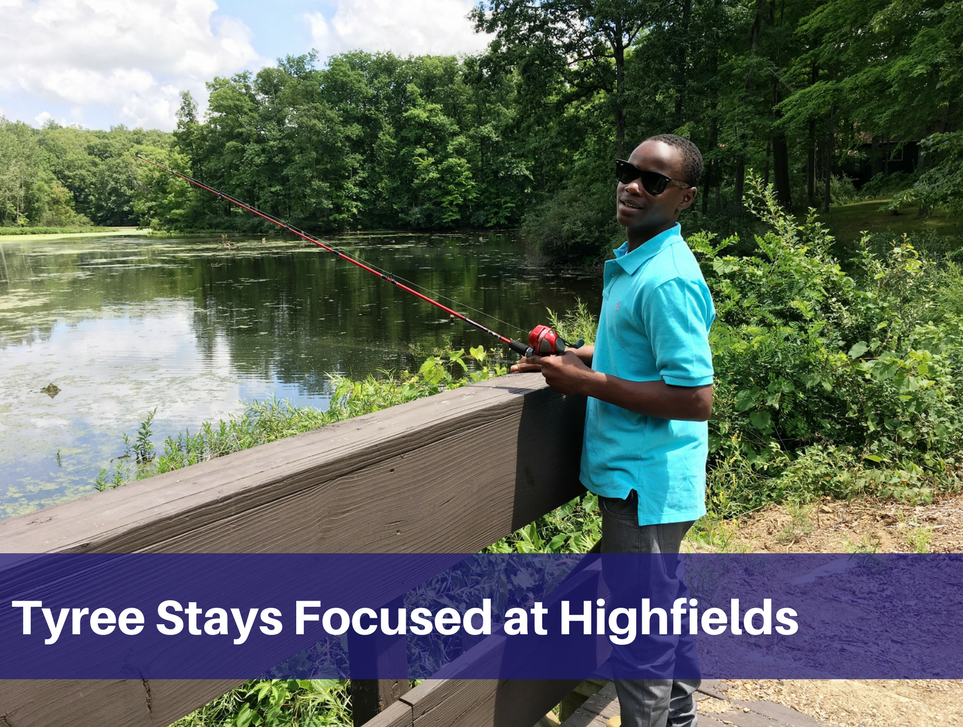 Tyree is only 13-years-old but he tries his best to act like a grown-up. It’s gotten him into trouble in the past; hanging out with the older crowd and not thinking about the consequences. He stayed out late with his friends and used drugs, damaged property, and stole cars.

“I was spending time with negative people who didn’t care about me,” said Tyree.

Tyree was sent to a juvenile detention center, but he didn’t put any effort into changing. When his probation officer told him he was transferring to Highfields Residential Program, Tyree was heartbroken to move away from his family.

“When I was in the detention center I was around my friends and cousins, and my mom visited a lot,” he said. “At Highfields, I’m isolated.”

After a few months at Highfields, Tyree realized that being “isolated” was actually a positive thing. Staying away from negative influences and peers from his community has actually helped him stay focused. He works hard and takes advantage of the opportunities he has at Highfields that he didn’t have at the detention center, like working, playing on a championship basketball team, and participating in the music program.

Thanks to Highfields’ supportive staff, Tyree believes that he can change.

“The staff always encourage me and tell me that I’m smart and that I can do it,” said Tyree. “They’re helping me see myself in a different light.”

Tyree plans to stay out of trouble when he returns home. He’s going to be in eighth grade and wants to play football. He plans to utilize community resources that provide after-school programming for at-risk kids.

“I’m not going to wait until I return to the community to change,” said Tyree. “I’m already changing.”