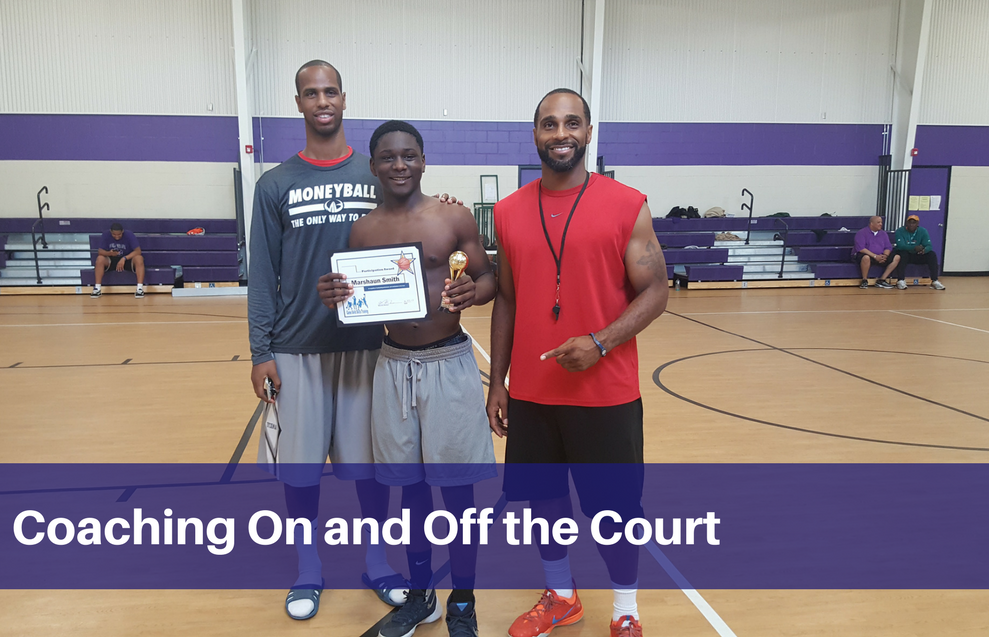 Thanks to generous donors at our Golf Outing, our residential students participated in one week of basketball camp! Maurice Benson from Games Solid Skills Training took the opportunity to coach the boys in more ways than one.

“One of the most influential people in my life was my basketball coach in high school,” said Maurice Benson, Founder of Game Solid Skills Training. “Looking back, a lot of the conversations we had weren’t even about basketball. They were about making the right decisions.”

It’s clear that Maurice is taking after his mentor. When Highfields reached out to him about coaching basketball camp, he jumped at the opportunity to share his time and experience with the boys.

Maurice has played basketball since 4th grade and it has a big impact on life. As a young boy he was sexually assaulted and used basketball as an outlet. It became his safe haven and kept him focused.

In high school when he started to lose his way, he fell back on his support system – his basketball coaches, mom and grandma – and they helped him stay strong through the good and bad times.

“I had a bad temper, hung out with the wrong crowd, and had my first child going into my senior year of high school,” he said. “But I always motivated to do better because of basketball.” He played basketball at Indiana Tech and earned his bachelor’s degree in Business Administration and Management. A few years later, his dad passed away, and it put his life into perspective. He realized that his passion was to help others and decided to pursue coaching basketball to help young boys like him.

“No matter what circumstance these boys are in, I want to show them that if they stay committed and motivated, they can turn their lives around,” he said.

“He had some slip ups when he was younger, but was able to change his situation to achieve his dreams,” said Tyree. “To hear that from a successful athlete was really inspiring to me.”