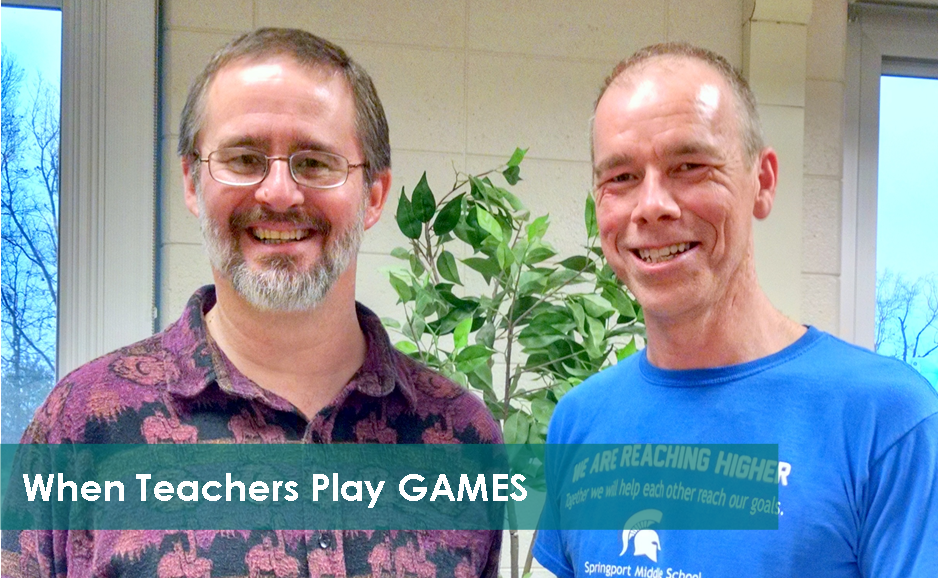 When you give afterschool program facilitators a problem, they find an answer. That’s what they are trained to do – think on their feet and find solutions.
Brenda Weck, Highfields’ Reaching Higher project director, proved this last October. When she discovered that her coordinators may not be able to attend the Michigan AfterSchool Association Conference, she challenged them to get a workshop approved so they could attend as presenters.
Several teams formed and accepted her challenge. The approved team’s workshop was called GAMES: Great Activities, More Engaged Students. The workshop is exactly what it sounds like: games—the very games that the workshop’s creators, Dan Bright and Curtis Richard, play with their students at Reaching Higher.

“We thought, we have a cool program which gets kids involved,” Curtis said. “Let’s get it on the road.”
The goal of GAMES is to teach hands-on, large-group activities that facilitators can include in their programs. Dan and Curtis teach GAMES in a simple and intuitive way. Instead of giving a lecture, they push the tables and chairs aside and actually play the games.
“Almost the entire workshop has our participants on their feet playing the different team building games,” Dan said. “Participants are laughing and interacting with each other. I believe most come away from our workshops feeling like they spent their time wisely and learned something new.”
The games are designed to improve communication skills, to demonstrate similarities between kids as well as to build sportsmanship. Curtis said, since first launching these games, he has seen significant changes in kids’ confidence and communication skills. He is proud to know his work has made such a big difference.
“It’s nice to be able to go into work and know this is valuable,” he said. “This has meaning. This could change a kid’s life for the better.”

Dan and Curtis have presented it four times already, including at the National AfterSchool Association Conference in New York City in March 2014.
“I never dreamed I would be presenting national workshops in an educational setting,” Dan said. “I’m enjoying every minute of it and I am excited to see what the future holds.”
Brenda said she is excited that Highfields and Reaching Higher are being considered at the same level as the presenters whose workshops she has been attending for years.
“It’s validation that we’re on the right track with our students,” she said.