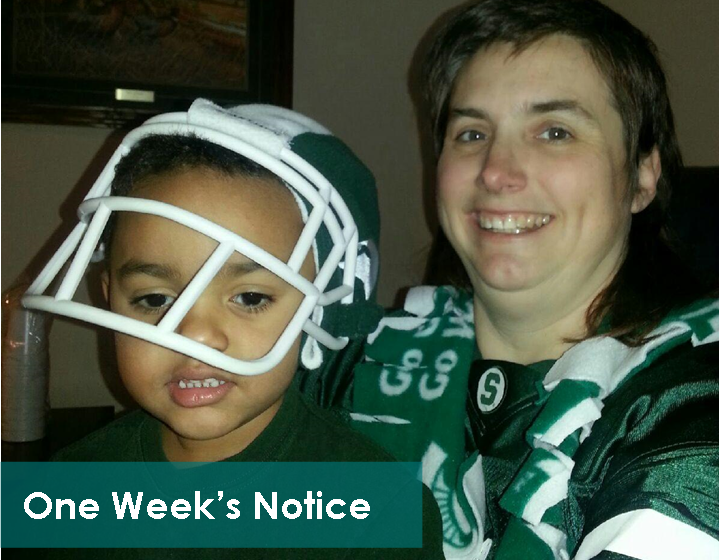 Like many toddlers, Peyton liked to test his boundaries. He made a habit of running away from his mother, Bethany, at all the wrong times – like when they were in public places.
One afternoon, as Peyton tried to dash away from his mother, she reached out and grabbed him by the arm before he got too far. They fell into a tangled and frustrated mess as a stranger turned the corner. What the stranger saw alarmed her and she called the police.
Soon, Child Protective Services (CPS) were involved. When they came to Bethany's home, they were very concerned about  the level of disarray it was in. They gave her one week; if she could not get her home into shape by then, the city would seize the house and she would lose Peyton.

"I didn't have time to freak out," Bethany said, now six months later. "I told them, 'you will not take my son.'"   Bethany's parents took Peyton on a vacation and Bethany spent the whole week cleaning. She got six hours of sleep in five days. She was determined to get her home clean.
"I would set my alarm clock for 7 a.m. and if I wasn't where I wanted to be that night, I didn't sleep," she said.
Her hard work paid off. When the CPS workers came back to inspect her home the following week, they thought they were in the wrong place.
But even with a clean home, CPS recommended that Bethany participate in Highfields' Families Together Building Solutions program (FTBS). This would help her uncover some of the problems she was encountering with Peyton.
"I looked at it as a positive," she said. "Most people fight the system, but I welcomed it."
Her FTBS counselor, Dave, was able to help Bethany pinpoint the areas she needed to work on. He also helped her respond better to Peyton's outbursts.
"When Peyton had a tantrum, Dave was able to actually see how it started, why it started and how I reacted," she said. "He gave me advice on how to handle it and not let it get to that point."
She said the hardest part was the beginning – cleaning her home and letting Dave, a stranger, into it.

"You think, 'is this person working for me or is he working for CPS?'" she said. "But it was obvious he was there for me."
Bethany completed the FTBS program successfully, but continues to attend group counseling sessions at Highfields' Lansing office. She says she is happy to have the opportunity to work with different case workers, counselors and parents who have been through similar situations.
"I made a bad situation into as positive as you can make it," she said. "I've learned a lot and I appreciate the support from Dave and Highfields."