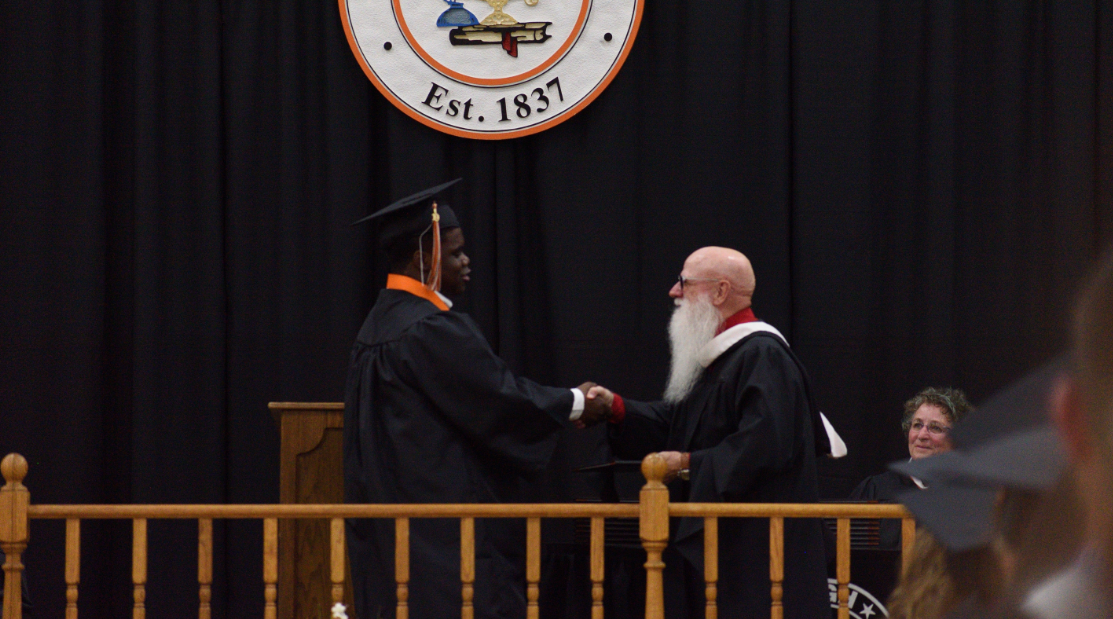 After leaving Highfields in March of 2019, 17-year-old Jordan walks across the stage just a couple months later at the Leslie High School Graduation.

After Jordan’s troubled past, he explains how he used his experience at Highfields to overcome his challenges.

“Staying out of trouble is mandatory,” Jordan states.

Highfields really helped to change the way he thinks about life. He had applied for independent living before leaving Highfields, finally getting a chance to live out on his own. Although there is a lot of opportunity for trouble with friends and co-workers, he tries to avoid the situations. Thanks to Highfields, he learned important skills like self-control and discipline, which he uses every day.

Though he misses the support Highfields had given him while on campus, he doesn’t hesitate to reach out to staff when he needs it.

He spends his time working at Wendy’s and exploring his love for music, which he wrote while at Highfields. Jordan mentions, if it wasn’t for Highfields, he doesn’t believe he would have truly found his passion for music. After recording one of his songs with Residential Counselor Russell Davis IV, he realized it was going to be more than just a hobby, especially when he was asked to perform at the Annual Strengthening Families Breakfast.

“The spotlight was on me, but in a good way. It made me feel happy; like I was making a difference,” Jordan explains. Everything is finally falling into place for Jordan. He has created great relationships with managers at work as well as others in his life. He has been able to open his first savings account and sign up for driver’s training. He plans on going to college in January to fulfill his goal of becoming a Registered Nurse.