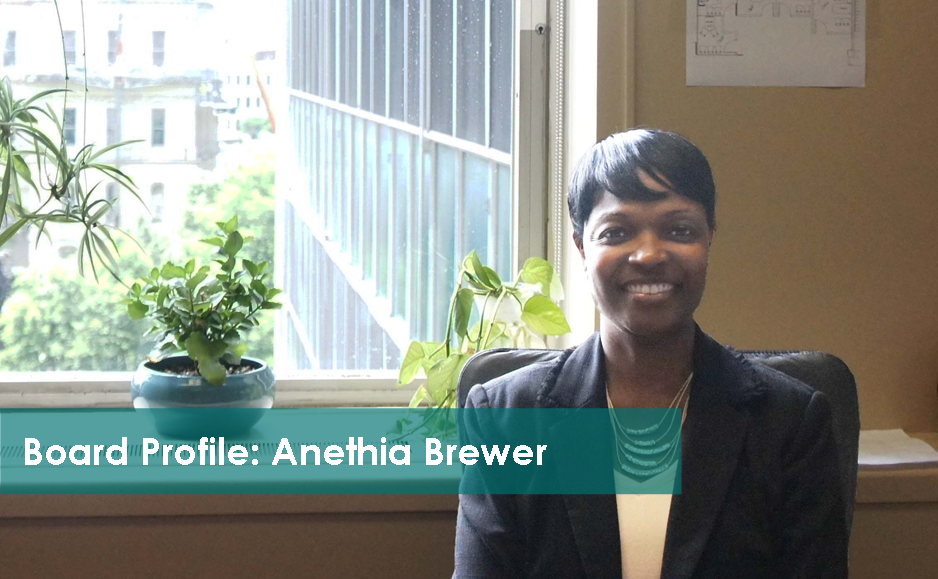 As a teenager, Anethia Brewer was fascinated with the Kennedys, politics, and with how organizations formed. She decided early on that she wanted to go into public administration.

In college, another interest developed: helping kids. She began working at youth camps during her summer breaks. When she completed her master’s degree in organizational development and labor management, she began working at Starr Commonwealth, a residential treatment program, similar to Highfields, in Albion.

The stories she learned there left a big impact on her. She was shocked to hear about how some of the kids grew up. She remembers one boy in particular.

“I became very attached to one student from Flint,” she said. “The only reason he ended up at Starr was he was stealing from the corner store to feed his family. His mom was a drug addict.”

She said she recognized that she was lucky – she grew up in a two-parent household where school was a priority. It was safe and secure and she never faced the hardships that some kids face.

She had this realization again as a parent. When her son asked her for money to go on a sixth grade field trip, she happily paid the amount, knowing that the field trip would be a good educational and social experience for him. Then she learned that some of the kids in her son’s class could not afford the fee. Anethia told the teacher that she would make up the difference so that all the students could participate.

“I think sometimes we lose touch with the fact that [some families don’t have enough],” she said. “I think I had a special upbringing. A lot of my friends or neighbors might have experienced that – not having enough.”

Eventually, Anethia left Starr and her career in court administration began taking off, first in Jackson County, then in Ingham County. She was doing well – but something was missing. She wanted to continue to help kids. Soon, someone from her days in Jackson County contacted her: Brian Philson.

Anethia met Brian when he was the director of the Jackson County Youth Center. In 2006, he was the new CEO of Highfields and looking to strengthen the board of directors. He knew Anethia would be a good addition and asked her to join the board; specifically, the program committee.

“It was a way for me to get out and meet people while being an advocate for youth,” she said.

“I believe in the work Highfields does and I believe in Brian,” she said. “To watch how Highfields has grown since I came onto the board, it’s amazing. I’m very impressed with the organization.”

Anethia’s second three-year term is almost over, so she’ll have to step down from the board. She said her goal is to continue to be involved with Highfields in other ways. She says the work is important to our community.

“Highfields changes lives for the better,” she said. “We’ve seen it through testimonials, through students, from parents, and even Highfields’ staff. It’s important to have resources there to help children and families.”