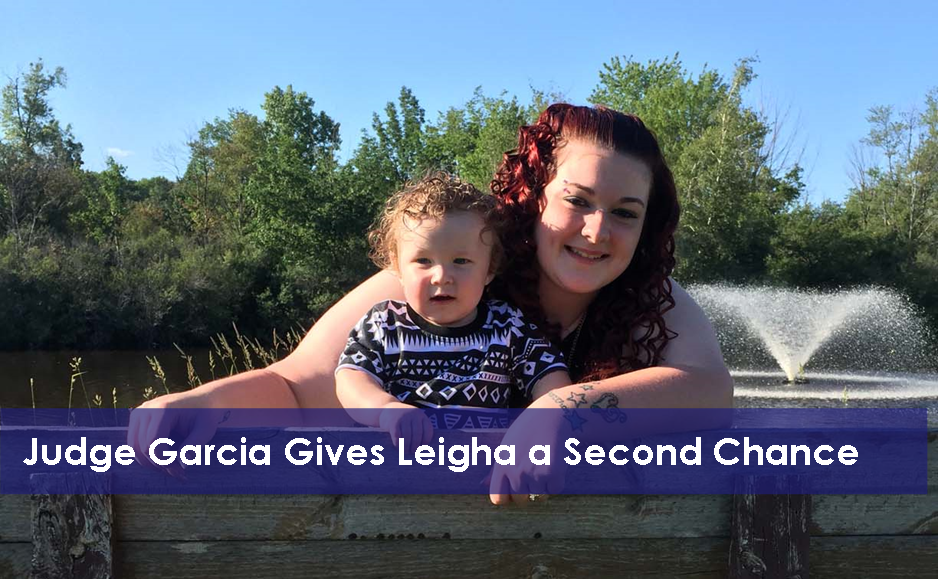 Leigha knew she could talk to her mom about anything. But, at age 15, when she told her mom that she drank, smoked marijuana and skipped school, her mother wasn’t happy.

In fact, “she was disgusted with me,” Leigha said.

When she had to go to court for her truancy, she knew it was her chance to turn things around. Judge Garcia told her she needed to pick an alternative high school to attend – and that she would have to write a letter to the school to get accepted.

“I was hoping I got accepted to Ingham Academy so I could turn my life around,” she said. “I probably wouldn’t be anywhere if I didn’t write that letter.”

She knew the benefits of going to Ingham Academy: they provide transportation to and from school; they let students work at their own pace; they give them work experience through Peckham. But, for Leigha, the biggest perk was just to get out of public schools.

“It was a bad influence,” she said. “There was drama everywhere. Classes were packed and I couldn’t get help with anything. I was just ready to get out of there while I was still young and could turn my life around.”

Leigha stopped smoking marijuana so she could work at Peckham to gain work experience. She started going to classes – and started to get caught up. After missing most of her 10th grade year, she got caught up in six months at Ingham Academy.

By the time she was 16, she felt like she had everything back on track. So much so that, when she became pregnant, she knew she would be OK. She was doing well in school and she had a good support system in her mom, her boyfriend and the staff at Ingham Academy.

“I wasn’t just looking at myself anymore; I was looking at how it’s going to help my son in the future,” she said. “Now I have someone else to support. All my actions reflect on him.”

This year, Leigha graduated from Ingham Academy. She will walk in the graduation ceremony in July and begin classes at Lansing Community College in the spring of 2016 to study nursing.

“It’s so exciting to know that I’m done but it’s not over,” she said. “I got past this speed bump in my life. I can get a good job now – you can’t without a high school diploma.”

She said doesn’t know where she would have ended up if she hadn’t written that letter to Ingham Academy two and a half years ago. She says she might have dropped out of school; maybe she would have been able to find a job, but not a good one. The thought of it almost leaves her speechless.

“I never would have planned my future,” she said. “And then with a baby, at 17… I’m glad I made the decision to go there and turn my life around … July 22 is just around the corner. I’ll probably be bawling at graduation. I did it.”