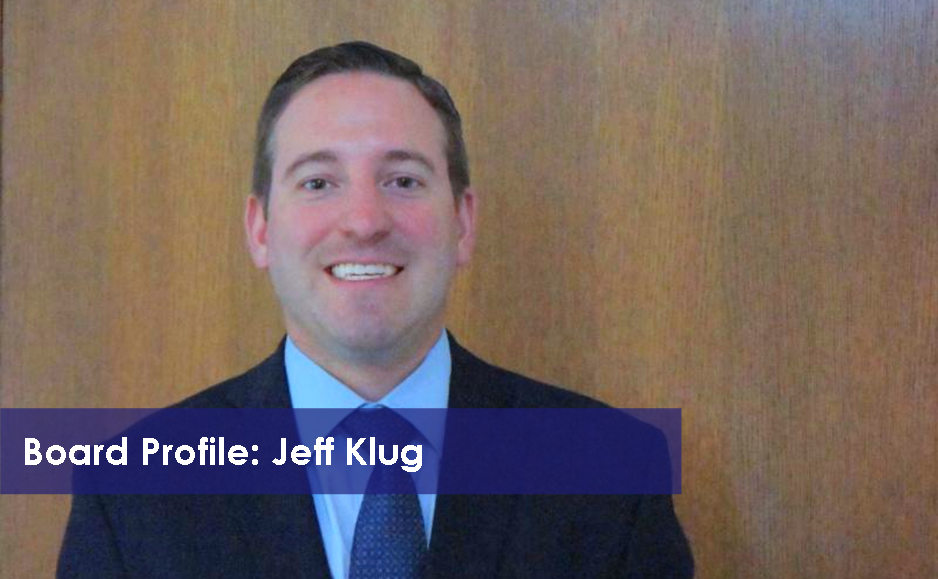 Growing up, Jeff Klug always knew he wanted to be a lawyer.  He felt this was one way that  he could help people and business in the community.

In 2008, that’s what he did – he became an associate at Klug Law Firm, where he helps people and their businesses with legal problems.  One day, one of his clients invited him to a breakfast. It was a fundraising breakfast for Highfields – an organization he didn’t know much about.

“Growing up in this area, I didn’t know about Highfields,” he said. “I think it’s great that it’s helping the community and I [wanted to] be a part of that in some way.”

Jeff talked to Highfields’ CEO and President Brian Philson and joined the board of directors right away. He was excited to learn more and be a part of the organization. But he didn’t know what he, himself, would be able to give to the organization; this was the first board he was asked to be on.

“When I first came on, I didn’t really know what to expect,” he said. “I didn’t know how much I could contribute to Highfields.”

But as he got more involved with the board and with the committees he joined – first Building and Sites, then Finance and Personnel – he began to realize that everyone was contributing in their own way.

“The more people in different professions you have, as long as they’re helping the organization, it’s better for it,” he said.

During committee meetings, they created five-year plans with goals they wanted to accomplish for Highfields. Then, they began to work toward those goals.

One thing Jeff focuses on is teaching other people about Highfields and the work it does in the community.

“The most important thing is to help people and have them become aware of Highfields,” he said. “Hopefully they can contribute in some way to Highfields, like attending the breakfast or the golf outing.”

He said the board of directors is important for Highfields, and joining the board is a way for people to give back to the community.

“You may not see the impact you have as a board member [right away], but once you hear the stories from a kid or adults that Highfields has helped, you can tell that it makes a difference,” he said.