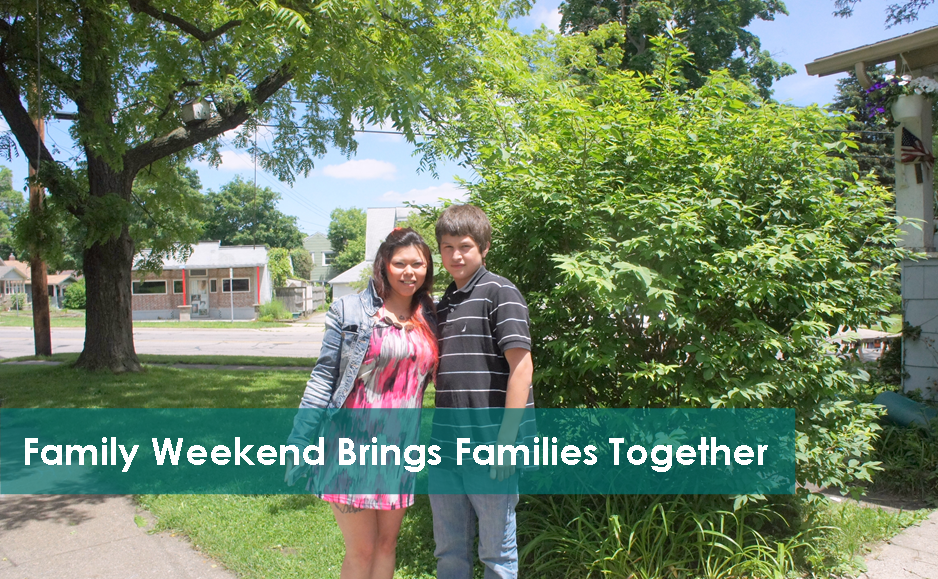 When Isaac and his mother, Sunshine, were told that Isaac was going to Highfields, they were apprehensive. They didn’t know much about it or the people who worked there.

“I was nervous,” Isaac said. “But I also felt good because it was taking me out of the youth center and it would teach me new skills.”

Sunshine began to see the positive side of Isaac’s stay, too. She liked that she could go out to the campus and talk to Isaac’s family counselor about what was going on.

“I like how they worked with the kids and the parents; not just the kids,” she said. “It was good for both of us.”

Chris Robinson, manager of clinical services for Highfields’ Residential Treatment Program, says it’s important that parents be included in the treatment of their children. But sometimes, it’s hard for busy parents from scattered Michigan counties to come out to Highfields’ campus in Onondaga.

So, he came up with a solution: Family Treatment Weekend. Families would come out to Onondaga and stay in our guest cottages. They would fill the weekend with activities, like fishing and basketball, good food and, of course, some education.

“The biggest component missing in this kind of treatment is the family,” Chris said. “We needed to do things to get the family more engaged. Something fun. So, we came up with ‘family day.’”

The weekend of June 13 marked the first family weekend of the year, and it was a great success. Sunshine brought her young son to visit with Isaac – to have a day together, stress-free.

Isaac was glad to have his mother and brother on campus for a weekend, too.

“I got to [build a] good relationship with my brother and my mom,” he said. “We had a good time.”

They agree their favorite part of the weekend was going fishing together. Another component they liked was the psychoeducation program the parents went to.

During the parent program, Highfields’ students got to spend some time with their younger siblings. Chris said the parents liked being able to hear what other parents had been through with their own children.

Shortly after the family weekend, Isaac completed his treatment at Highfields and he was able to go back home. Both Sunshine and Isaac see the good that came out of Isaac’s time at Highfields.

“It’s a great place to go if you need to change your mindset,” he said.