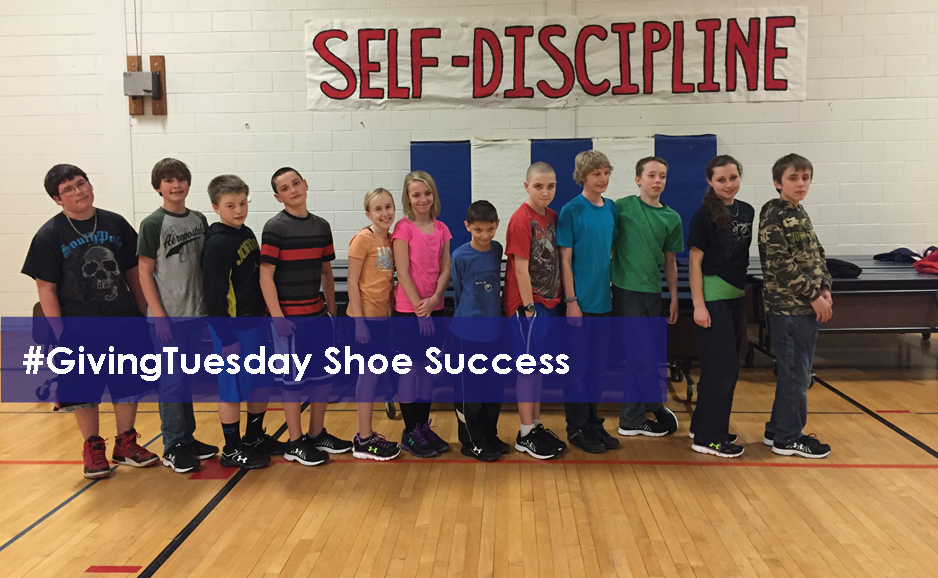 As a father of three, Davey Long encourages his kids to pursue their interests and work toward their goals. That's why last fall, when his ten-year-old son, Isaac, asked him and his brother, Kenny, to run in a community 5K, he agreed.
"I was proud that he decided to do it himself and I was flattered that he asked us to do it with him," he said.
Isaac was a part of the running club at Vandercook Lake's Reaching Higher program. Jason Tello, site coordinator at Vandercook Lake, said they do their best to cater to the interests of their students.

"We're always coming up with different ideas that might catch some intrigue," he said. "Running Club worked in some of the other Reaching Higher programs, so we thought we'd try it out."
Running Club taught the students how to stretch properly, what to eat and how to prepare for running in cold weather. Reaching Higher even supplied the kids with proper running shoes.
"The very first day we started actually running, half the kids were trying to run in hi-top casual shoes or loafers," Jason said. "It was kind of a no-brainer. They would have definitely not been able to do a 5K in the shoes they were wearing."
The deal was if the kids stuck with Running Club for the entire six weeks, they would be able to keep the shoes.
"Isaac was really geeked," Davey said. "I was impressed [with Reaching Higher]. The shoes were florescent pink and he's into those florescent colors."
The new shoes got the kids excited about running and motivated them to participate in the 5K run that Isaac asked Davey to participate in. The shoes were a big hit, but the Reaching Higher coordinators knew that the next school year would bring more kids who wanted to run but didn't have the proper shoes.
"We usually have about 45 kids throughout our Reaching Higher programs who want to run," said Brenda Weck, Highfields' Reaching Higher program coordinator.
Highfields created a plan to prepare for a new group of kids who want to run. On #GivingTuesday, the Tuesday after Thanksgiving, Highfields asked community members to donate $45 to go toward a pair of shoes for a student who wanted to run. Our goal was to raise enough money to buy 45 kids new running shoes.

On Tuesday, December 2, thanks to the donations of 18 generous people, we reached that goal. And now, with spring here and the running season beginning again, Reaching Higher is excited to be purchasing new shoes for a new group of students excited to learn about running. Much like Isaac, some of them may find they are pretty good at it.
"For weeks on end, I couldn't get over how proud I was of Isaac," Davey said. "I saw how hard he tried and he succeeded! I was excited for him. I hadn't experienced this feeling before as a father. That feeling was the best thing I got out of this race."