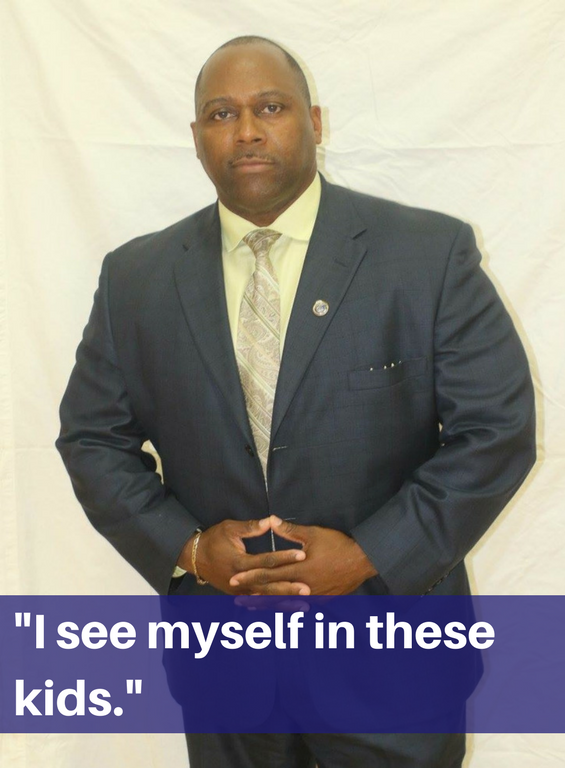 Chris Simpson lost his way a few times growing up. As a child he tended to get into trouble and hang around bad influences. After high school he didn’t know what direction to go in and didn’t have a father figure to guide him.

He enlisted in the United States Army and it changed his life. He learned how to be more responsible and had a clear vision of where he wanted his life to go.

After serving, he entered the police force in Jackson, policing the neighborhood where he grew up. It was tough but he found his passion in helping others. That was 25 years ago. Last year when he heard that Highfields was looking for board members he reached out to CEO, Brian Philson, for a meeting. After they met, Brian appointed Chris to Highfields’ board…and he was thrilled to accept!

“I’m attracted to Highfields because they help kids who have challenges,” said Chris. “When I think of the boys in the residential program, I wasn’t too far from that. I see myself in these kids.”

Chris serves on the Program Committee and enjoys hearing firsthand the success stories about kids who turned their lives around because of Highfields.

“It gives me goosebumps to hear stories come full circle,” said Chris. “That scenario that Highfields helped someone and now they want to give back and help others who struggle like they used to…you can’t beat that circle.”

After hearing stories like that, Chris feels motivated to donate his time and money to support Highfields’ mission.

“I donate because it is needed,” said Chris. “I feel fulfilled being a part of the Highfields family and reaching back and helping others.”