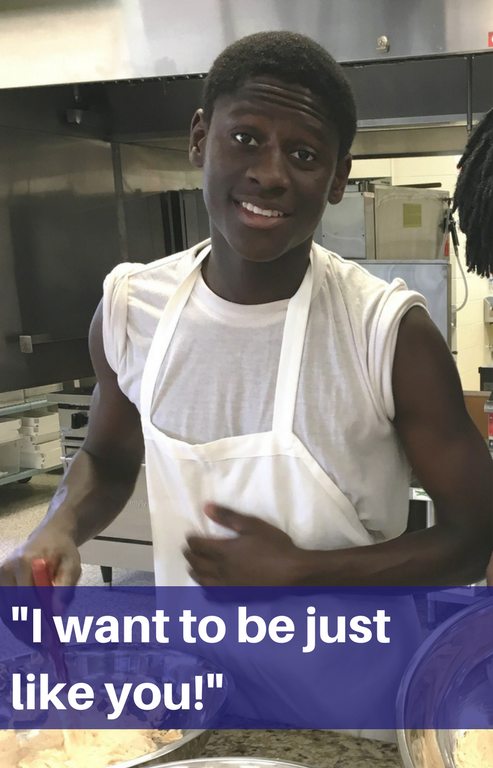 When you grow up around drugs, crime, and violence, how can you avoid it? How can you separate yourself from your environment and break the cycle?

This is what Dacorius struggles with every day. Even though he’s made mistakes in his past, he wants to set a good example for his younger brother.

“My little brother said to me, ‘I want to be just like you,’ and that motivates me to get my life together,” he said.  “I really feel like I have to break the cycle, or when is it going to end?” Dacorious is trying to help his brother avoid the mistakes he made. When he was 13-years-old, he stopped pursuing school and sports and started going down the wrong path. He joined a gang, used drugs, and committed crimes.

“I just wanted to feel like I had power and I never cared about the consequences,” Dacorius said.

His crimes eventually led him to placement at Highfields’ Residential Treatment Program. For the past 7 months, he’s been working on his issues and re-evaluating the decisions he’s made.

He credits the staff for supporting him through his journey, and encouraging him to reignite his passions. Dacorius took culinary classes at Capital Area Career Center and now is interested in pursuing culinary arts in college.  He plays on the basketball team, participates in the music program, and even performed an original song at Highfields’ Fundraising Breakfast.

Dacorius has been using his home visits as an opportunity to show his family that he’s changing and doing whatever it takes to return home.