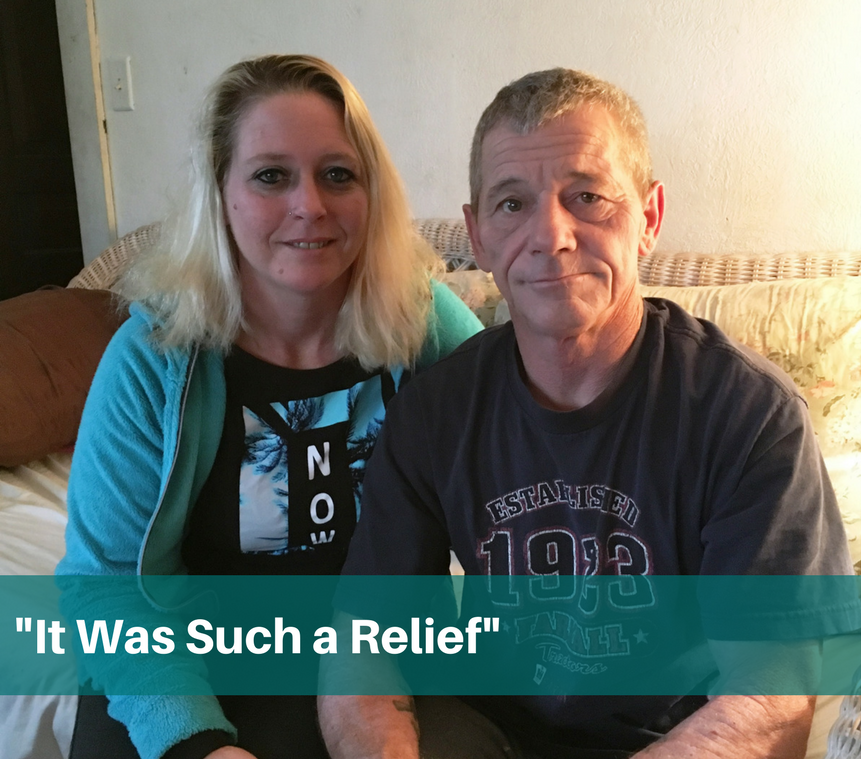 Thanks to your support, Tina and Charlie have peace of mind.

Tina and Charlie are not the same people they used to be. Two years ago, they were drinking and fighting a lot, and didn’t have any control over their kids. After an incident involving CPS, they decided to change their lives.

Now Tina and Charlie have been sober for over a year. They began working with Highfields’ Wraparound Facilitator, Erika Phillips, to keep their family together, happy, and healthy.

Ever since Tina and Charlie became sober, they have struggled to regain control of their household and improve their children’s behaviors. They have the most trouble with their 14-year-old daughter, Alivia, who struggles with anxiety and depression. She is also suicidal, and Tina and Charlie are concerned about her safety.

Erika determined that the family needed a lock box to keep items like medications, knives and razors away from Alivia. Special items like a lock box are not covered in their contract, so it was generous donors that made it possible.

“I had never thought of getting a lock box before,” said Tina. “It gives me peace of mind knowing that Alivia can’t get into it and harm herself.” As they continued the program, they hit another bump along the way. This time, it involved their whole family.

Their only vehicle broke down at a gas station and they couldn’t afford to fix it.

“It was our only vehicle to take the kids to school, get us to work, and run errands,” said Tina.

Thanks again to generous donors; they were able to get the funds to fix their truck!

“When Erika told me, I couldn’t believe it,” she said. “It was such a relief.”

Tina and Charlie are so thankful for support with the lock box and truck repair. It helps them stay focused on their goal of keeping their children safe.