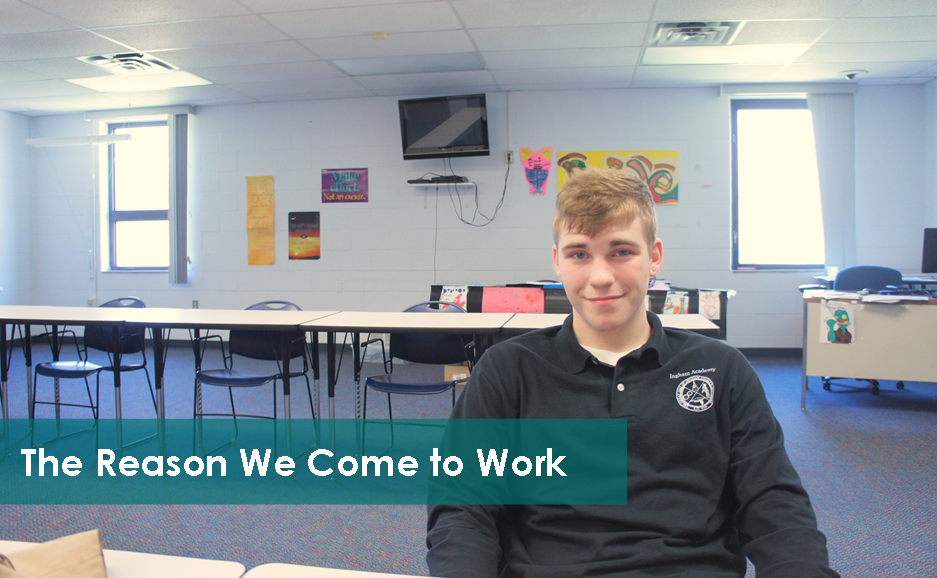 Dustin didn't like to go to school. He didn't like to be at home. He fought at school, argued at home and was starting to get involved with gang-related violence.
According to Dustin, if something didn't change, he would have dropped out of high school, gotten into more trouble and probably ended up in jail.
Since transferring to Ingham Academy in October, Dustin has completely turned himself around. Ingham Academy is an alternative high school – a partnership between Highfields, Ingham County Circuit Court, Peckham Industries and the Ingham Intermediate School District. Designed for court-adjudicated youth, it gives kids like Dustin a second chance at an education while teaching them life and social skills. Dustin says being put on probation and transferring to Ingham Academy helped him see things in a different way.
"The consequences are much bigger now," he said. "If I do something wrong, I'm going to get locked up."
Dustin has been excelling at school like he never has before. His family has noticed how motivated Dustin is in his schoolwork.
"He's a wonderful student," Leslie Whitford, Dustin's stepmom, said. "He always does his work, he's courteous and polite – that is such a change. We are so proud of this kid. So proud of him."
Dustin began Ingham Academy at the 10th grade level. He worked so hard that within the school year, he had passed 10th grade and began 11th grade.

"Dustin is without a doubt, one of the reasons we all come to work every day," Sharlein Krom, Highfields' coordinator of Ingham Academy. "Working with such a kind and devoted young man is what our jobs are all about. If he continues on the path he is on, he will be able to graduate early and I know that if not for the Academy he may not have graduated at all. That's a success right there."
Though Dustin was reluctant to start a new school, he quickly realized the unique opportunity Ingham Academy presented to him: the freedom to work at his own pace.
"Now that I have this opportunity to graduate early, why not take advantage of that?" he said. "You work at your own speed here. By the beginning of next year, I will be in the 12th grade book and will finish school a year early."
He is beginning to plan his future, too – something he never did when he was skipping school and fighting. He aspires to become a nurse and plans to attend Lansing Community College and Michigan State University after graduation.